Other Ways to Support PACS

Did You Know You Can Support PACS by. . . It's simple and easy ! You have to link your Fred Meyer's Reward Card to Portland Adventist Community Services and that is it! Sounds easy, right? See instructions below on how to link your card: Plus you still get your fuel points, rewards, and rebates, nothing changes your Fred Meyer's shopping experience except that you are helping out PACS!  For more information on Fred Meyer Community Reward Program . Now AmazonSmile you have to add Portland Adventist Community Services to your account but by logging into   https://smile.amazon.com/    (your username and password is the same as Amazon.com) Instructions below: Even though you have to log into Amazon a different way, you still shop the same Amazon products, prices, and services. But this way Amazon donates 0.5% back to PACS on eligible AmazonSmile purchases ( You will see eligible products marked “Eligible for AmazonSmile donation” on their pr
Post a Comment
Read more

PACS is Thankful for YOU 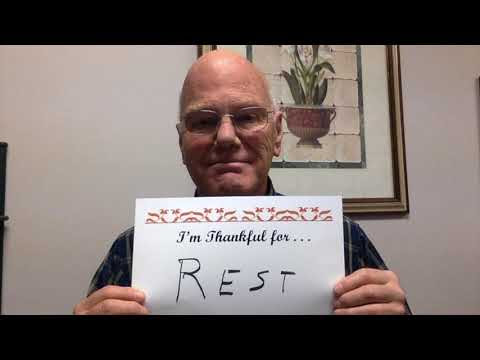 PACS is Thankful for YOU It is the season of Thankfulness! PACS is very thankful for YOU and everyone we help each and every day. We ultimately give thanks to GOD for ALL the good things he has given to PACS and will give. We are blessed to be surrounded by a community that gives. Here is a short video with our very own Executive Director Paul L. Cole and our wonderful staff and volunteers.
Post a Comment
Read more

THINGS ARE HAPPENING AT PACS! 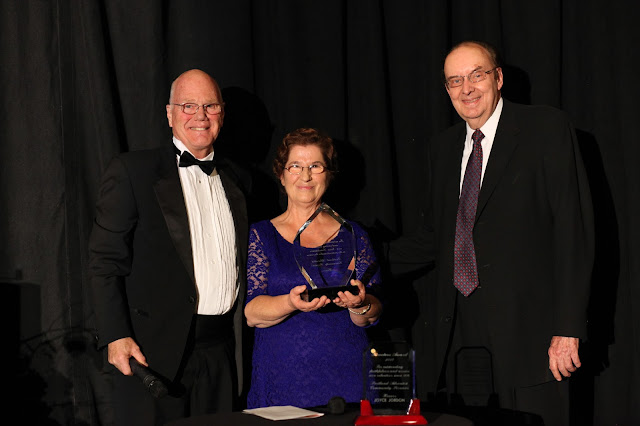 2017 PACS DINNER & AWARD PACS just had their 13 th Annual Awards Dinner & Auction. The night raised almost $106,000 which $10,000 was through the Silent Auction. The funds raised helps struggling families with basic needs like food and health care. Dr. Clifford Walters of the Walters Family Foundation gave the keynote address.    Left to Right: Paul L. Cole (executive director of PACS), Dr. Rodica Malos, and Tom Mostert (board chairman) The Barbara Nelson Award was presented to Dr. Rodica Malos for her long-standing and tireless ministry as a volunteer provider for the PACS Health Clinic. The story behind the Barbara Nelson Award is in honor and remembrance of Mrs. Barbara Nelson. Barbara exemplified unbounded enthusiasm, leadership and vision for a better community. She was the executive of PACS from 1989 to 1993 where she established the PACS Health Clinic. Joyce Jordan, who is a volunteer and has worked all over PACS but is currently volunteering in Food P
Post a Comment
Read more 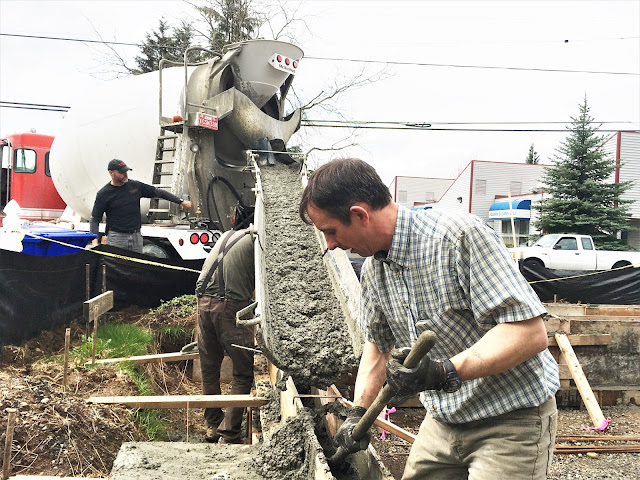 The PACS Health Center project continues to move forward with facility renovations, benefiting most recently from a major grant of $75,000 from the Portland Development Commission (PDC). Project manager Tim Zollbrecht helps pour concrete for the foundation. The area for the building addition was excavated in February, thanks to a donation of services by John Jones Construction. The foundation was poured in April, and volunteers have nearly completed the removal of sheetrock and other interior debris from the existing facility. Part of our volunteer demolition crew. Dave Stefonek, Rob White (PACS Board/Generations Retirement Communities), and Robert Hessong, D.D.S. The next steps involve the last bits of interior demolition, then the removal of the brick wall on the front of the existing structure, which will open it up to the addition. Once that wall is gone, framing on the addition will commence and the building will begin to take it's new form. The foundation
Post a Comment
Read more 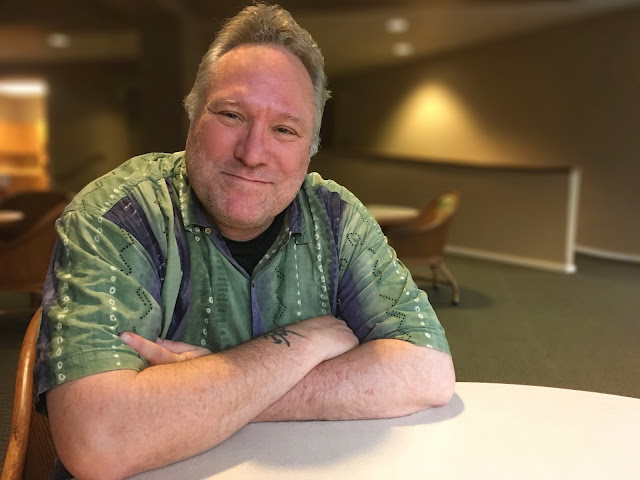 “I don’t think I’d ever before worked in an environment where I felt like everybody liked me,” said PACS volunteer Bill Leissner. “It’s really quite heavenly, literally, to be able to go to a place where you know that people appreciate you, and they’ll go out of their way to appreciate you, and if you stick around long enough, you know it’s not a lie.” Bill credits his time at PACS for helping him rediscover his workplace skills and sense of self-worth, but the process of getting there wasn’t free of challenges. Prior to 2001, Bill had always held down a job. He had shot 3500 rolls of film as a professional photographer in Austin, Texas. He had worked as a Network Administrator in New York. But shortly after the terrorist attacks of September 11, 2001, Bill experienced a mental health crisis. While he had relocated to Vermont a few months before that event, he had multiple friends who were impacted, including a firefighter who lost his life after going into one of th
Post a Comment
Read more 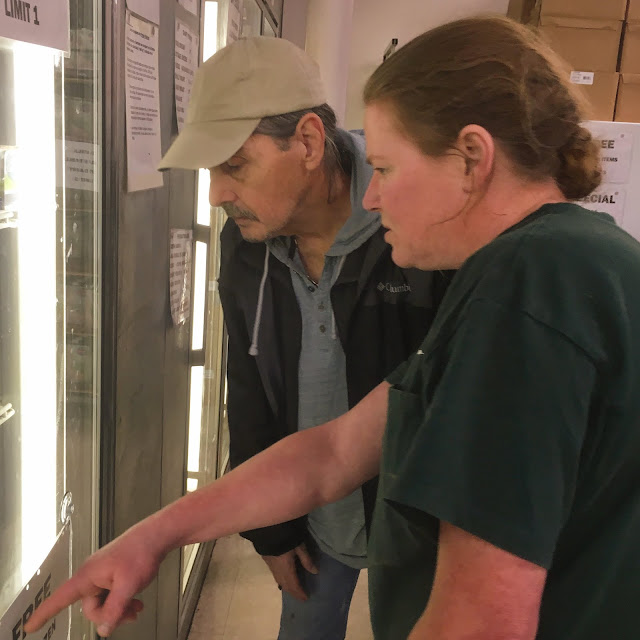 Elisa helps her friend Steven choose the best items, based on his guided shopping list. A vast mix of people come to the PACS Food Pantry. Each has their own background and story. Elisa is one of those people. Her fortunes crumbled when the boss she had thrived under passed away. She quickly found herself unemployed, struggling to get back on her feet, and running out of food . As Elisa tries to get her life back on track, she has avoided going hungry, thanks to the PACS Food Pantry. She says she doesn’t come every month. There are people who need it more. But when push comes to shove, the pantry is there for her. We went through the pantry with Elisa in mid-March to capture her experience. It was a crowded day, as is still too often the case since the Great Recession. On this day, the line behind the checkout stand extended all the way to the entrance. (continued →) Elisa had brought a friend with her. Steven was
Post a Comment
Read more 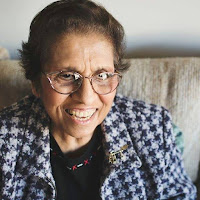 Two women of influence at PACS went to sleep until heaven this last January. Iris Stanley (pictured left), and Barbara Nelson-Rienderhoff (pictured right) both had a significant impact for on the organization, and the people it serves. IRIS STANLEY Just a few weeks ago, if you called PACS in the morning, you would have heard Iris Stanley’s calm voice on the other end of the line. But on Friday, January 19, she called in sick, and less than a week later, she had fallen asleep in Jesus. She was 88. She is survived by her sons Spenser and Herb, as well as several grandchildren and great-grandchildren. In spite of an ongoing heart condition, Iris refused to retire. She preferred her PACS friends over being home alone. She once told Paul Cole, PACS’ Executive Director, “You can raise or lower my wages, you can increase or cut my hours, but don’t tell me I can’t come to PACS.” Having once worked for the governor of Singapore, Iris had exceptional office and clerical skill
Post a Comment
Read more
More posts

Portland Adventist Community Services (PACS)
PACS is a faith-based, non-profit organization that helps disadvantaged people in the Portland area. Our mission is following Christ’s example, we are committed to nourishing the mind, body, and spirit, while fostering dignity among those we serve. PACS has the following services: food pantry, thrift store, and health clinic. PACS’ services are open to all who qualify based on income, without discrimination or requirement of participation in a religious activity.